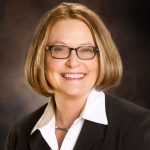 The Association of Equipment Manufacturers (AEM) has inducted Mary Andringa, chair of Vermeer Corp., into the AEM Hall of Fame. The Hall of Fame recognizes individuals whose innovations, ideas and leadership have advanced the off-road equipment manufacturing industry and contributed to its success in the past and into tomorrow.

More than 60 industry leaders have been inducted into the AEM Hall of Fame since its inception in 1993. Nominations for the AEM Hall of Fame are open year-round. An independent panel of industry experts evaluates potential inductees, and honorees are publicly announced and celebrated during special ceremonies at AEM’s annual conference of member companies.